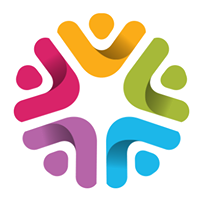 “What I’m most proud of, is the affirmation that our coalition members and the community’s overall understanding of what we’re collectively trying to achieve, to make significant and lasting change possible.”
Ashley Phillips
Program Coordinator, Drug Free Communities (DFC) Grant Coordinator, Knox County Health Department

As Program Coordinator, Drug Free Communities (DFC) Grant Coordinator at the Knox County Health Department, Ashley Phillips has worked closely with Measurement Resources Company (MRC) to track the progress of the rural Ohio community’s work to reduce substance use primarily among youth.  DFC is a federal grant administered through the Office of the National Drug Control Policy. The Knox Substance Abuse Action Team (KSAAT) is one of 26 such recipients of this grant throughout the state. Knox County was awarded the grant in 2015.

“This federal grant encourages KSAAT partner with an outside organization to provide external evaluation, reporting and analysis,” says Ashley Phillips. “In 2014, about 1 in 4 middle school and high school students lived in a community with a Drug-Free Community-funded coalition.”

Since 2011, KSAAT has conducted a bi-annual PRIDE survey with sixth, eighth and tenth and twelfth graders throughout the county, to measure the use of substances along with various levels of connectedness, ranging from family life and extracurricular activities to determining how safe students feel in school, in terms of encountering conflicts such as arguments and fights with their peers.

“In addition to PRIDE, MRC provides us with an additional detailed report, lifting out organization-specific data points that call for additional attention or deeper understanding of this data,” says Ashley. “We have been very happy with our partnership with MRC to provide us this much-needed outside perspective and expertise.”

In addition to deploying youth surveys, KSAAT has also launched an interactive space, called Hidden in Plain Sight, to help educate parents and other concerned residents about the signs of youth drug use. The space is a mock-up of a teenager’s bedroom, and, while some of the drug paraphernalia are out in the open, there are other more discreetly placed or commonly used items, such as a hair brush and its ability to become an alcohol flask. MRC created both a survey for individuals to take prior to experiencing this interactive space, and after, to measure the effectiveness in achieving the desired learning outcomes.

KSAAT is not alone in the work they are leading, and the organization’s success can be attributed to the 73 members who are involved in the coalition’s effort to address this serious epidemic. Of those members, 38 have completed a Coalition Effectiveness Inventory, designed to measure members perceptions related to the work they are tackling together. From perceived improvements to identifying opportunities for continued growth, KSAAT members respond and use this data to make continuous improvements.

Another stipulation required by the DFC grant is a 1:1 ratio in match funding. KSAAT has numerous members/agencies who provide evidence-based programs that directly support DFC’s objectives. MRC collects each of these funders’ reports, compiling and analyzing these secondary data sources.

“What I’m most proud of, is the affirmation that our coalition members and the community’s overall understanding of what we’re collectively trying to achieve, to make significant and lasting change possible,” says Ashley.

In only three years since this work began, KSAAT has already realized a significant reduction in drug use among its youth. But perhaps more importantly, the coalition has achieved the community’s buy-in and commitment to reducing and preventing drug use and abuse, and equip their community members with the tools and education to quickly identify individuals who urgently need help.