Successful social change requires nonprofits and government agencies to connect with individuals experiencing a variety of social challenges (i.e., unemployment, addiction, homelessness, justice-involvement, and significant behavioral and physical health challenges). But the desired outcomes can only be achieved if the communities we serve know that our programs exist, believe they are designed for them, and recognize that these programs are tailored to their unique needs. As funding sources become scarcer due to the impacts of COVID-19 and the needs are increasing; organizations need to have reliable systems of community engagement in place to create real and lasting changes in the community.

Over the past decade, Measurement Resources Company has helped mission-driven organizations achieve better outcomes by strengthening their community engagement initiatives. Based on what has worked across a variety of difficult-to-reach populations, we’ve developed several best practices that have become a framework for conducting this important work. By putting these six strategies into practice, your organization will be more effective and the communities you serve will benefit even more as a result. 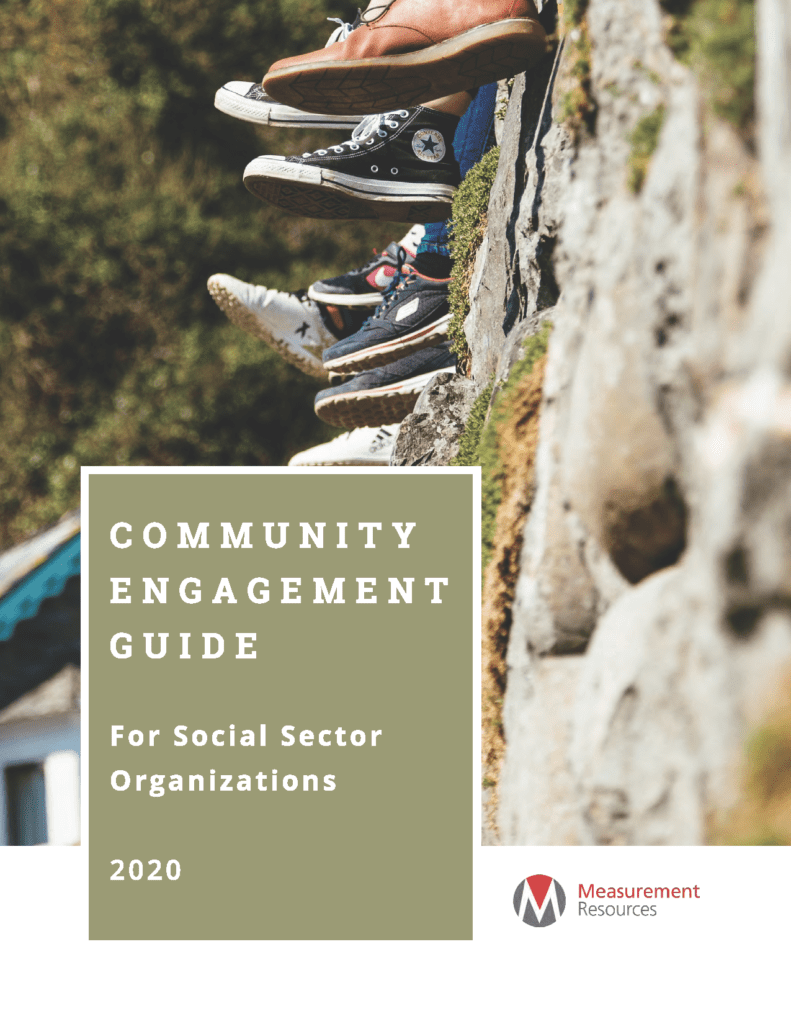 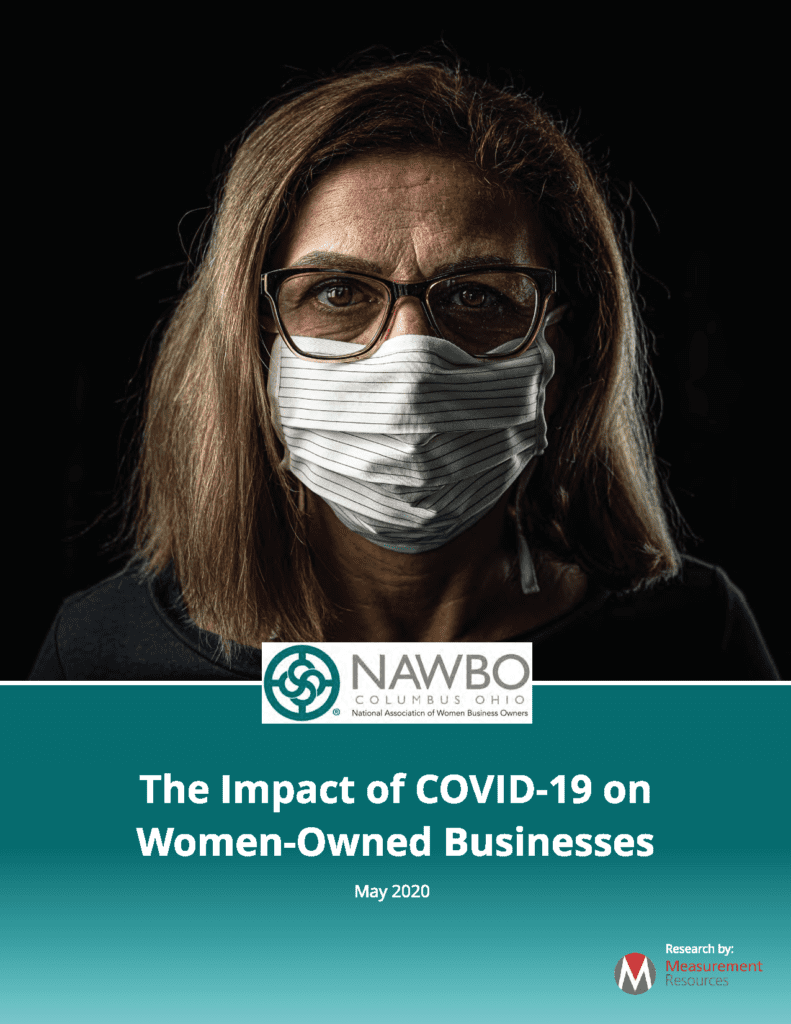 The Impact of COVID-19 on Women-Owned Businesses

Prior to the coronavirus pandemic (COVID-19), there were more than 306,000 women-owned businesses generating approximately $29 billion in revenues and contributing $9.5 billion in payroll annually, and creating 330,000 jobs in Ohio. To better understand the needs and impact of COVID-19 for this sector of Ohio’s economy, women business owners (WBOs) were invited to complete a survey sponsored by NAWBO Columbus and conducted by Measurement Resources Company during the first two weeks of May 2020. The purpose of the survey was to understand the impacts and the current needs of women-owned business as a result of COVID-19. The following report highlights the survey findings, which is representative of 78 WBOs.

Equitable Housing in Central Ohio: Redefining Affordability for All

What is affordable housing?
Typically, affordable housing refers to a family spending less than 30% of their post-tax income on housing. The Department of Housing and Urban Development indicates that families paying more than 30% are considered “cost burdened, and may have difficulty affording necessities such as food, clothing, transportation, and medical care.” Therefore, each family, depending on their income, has a different level of affordable rent or mortgage.

How Significant is the Affordable Housing Problem?
In order to afford average rental and mortgage expenses, households need to earn at least $34,074 and $48,063 a year, respectively. Throughout Central Ohio, approximately 213,000 households, or 30% of all households are estimated to be in need of affordable housing, as their annual income is less than this threshold.

Which Communities Demonstrate the Greatest Need for More Affordable Housing?
Residents’ ZIP codes predict whether a resident is more or less likely to be housing cost burdened, and correlate to the income required to have access to affordable housing. As the ZIP codes approach downtown Columbus, the percentages of households that are cost burdened climb to as high as 69%. Renters that live in the suburbs have to earn more annually than those in central Columbus to access affordable housing.

Which Residents are Impacted Most by the Lack of Affordable Housing?
Stark inequities to obtaining affordable housing in Central Ohio exists for Black/African American populations. ZIP codes with high rates of housing cost burden are also the ZIP codes with the high rates of Black/African American populations. These data indicate that neighborhoods in Central Ohio are segregated based on race, with areas with high minority populations experiencing disproportionately high rates of cost burden when compared to predominately White neighborhoods. Predominately White neighborhoods have access to greater opportunities, such as higher-ranked schools.

Conclusion
As the region works to support mixed-income neighborhoods and provide affordable housing opportunities, it is critical for housing policy and affordable housing plans to consider an equity and gender lens to ensure old patterns of discrimination and lack of access are not perpetuated. Whether working to provide families in low-opportunity neighborhoods access to housing in high-opportunity areas, or revitalizing low-opportunity neighborhoods, focus must be placed on the comprehensive needs of families (e.g., access to quality education and social supports), as well as preserving the history of the neighborhoods and their cultural significance. Additionally, addressing barriers to obtaining stable work for low-income populations, such as job training, flexible work options and caregiving support for single-parent households are paramount for these families to access housing throughout the region. Of course, considerations must also be made to providing housing that is within the affordable range for families earning less than $35,000 a year.

While rapid population growth is on the horizon for Central Ohio, policies and practices must address these barriers so that every central Ohioan can afford the basic living expenses that come with safe, affordable housing. It is the American dream to create a better life for the next generation; yet how Central Ohio addresses this issue can impact the next generation and the prosperity of all our residents significantly. 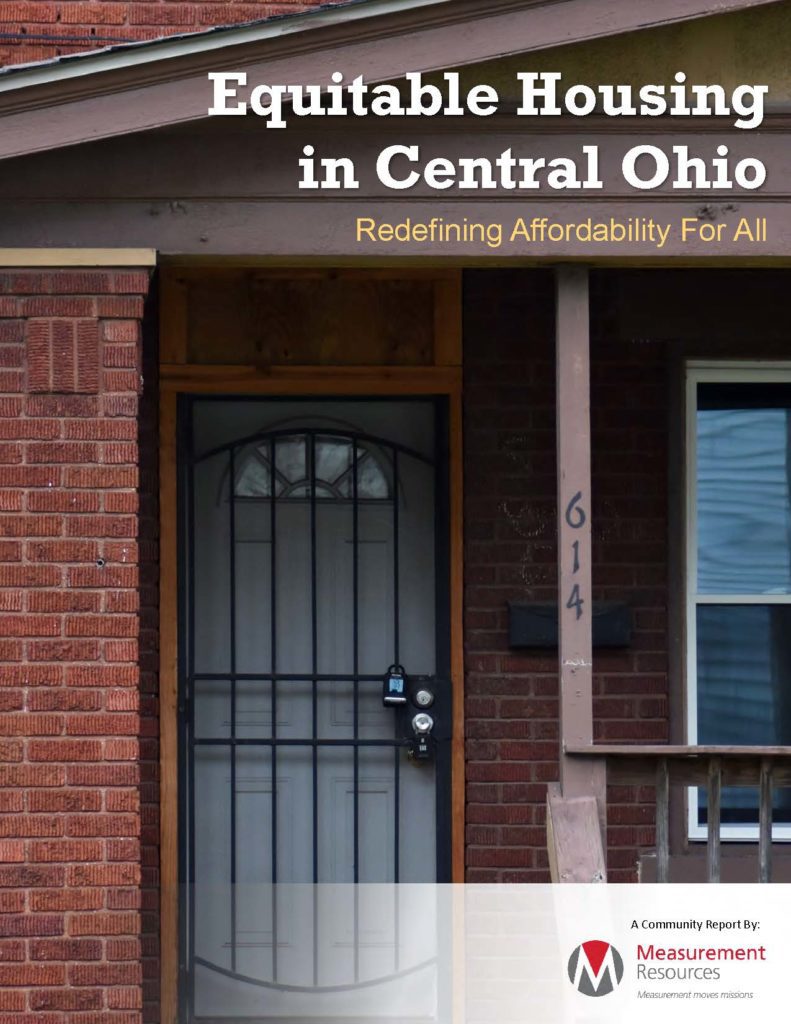 – Renters are twice as likely to be cost burdened compared to homeowners.

– Households need to earn approximately $35,000 to afford rent; 196,795 of rental households made less than this amount.